Click here to see Brian on The Daily Show with Jon Stewart (October 10, 2013) 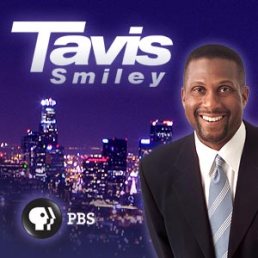 Brian talks — and talks and talks — with David Hosay at WBKO, for a comprehensive, in-depth interview.

Brian talks with Radio New Zealand about the origins of Kermit the Frog, finding Fozzie Bear, and Jim Henson as the ultimate businessman.

Brian chats with Oline Eaton of New Books In Biography, about Jim Henson, the Muppets, and making the world a better place.

Brian participates in A Bit of A Chat with Ken Plume, where they discuss Jim Henson, Muppets, the “choreography of the unseen,” Washington Irving, and Daily Show mugs.

Brian discusses Jim Henson for a full-hour segment on The Jim Bohannon Show.

Brian sits down with Deborah Kalb to talk Washington Irving, Jim Henson, and the intimacy of biography.

In this two-part interview, Jim Henson biographer Brian Jay Jones talks Jim Henson and the art of biography with Biographile.

Two of the most iconic shows of the ’70s have an amazing, awkward linked history — but needed each other to begin.

Jim Henson featured in The Atlantic.

A new biography sheds light on the many careers of the late artist, including his live-action experimental filmmaking.

It’s an exciting fall if you’re a fan of biographies—a diverse cast of luminaries are investigated this fall in books by writers who’ve spent years researching their subjects’ lives.

Expect big buzzworthy bios on everyone from Jeff Bezos to Jim Henson, along with the return of Bridget Jones, a Stephen King sequel and a cloaked-in-mystery outing from J.J. Abrams.

Brian Jay Jones (Washington Irving: An American Original) has written a defining biography on the life of the Muppets creator Jim Henson. Jones answered a few questions about working on this stellar book.