I woke up this morning to countless text messages and social media DMs containing links to various news stories, all of which broke the same bittersweet news. 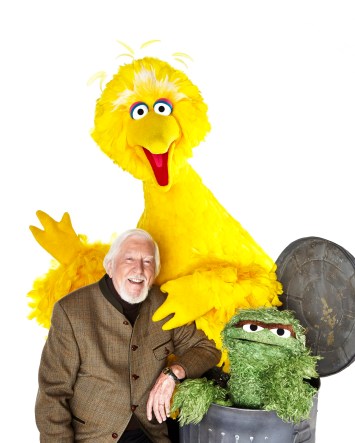 *sigh* Yup. After nearly fifty years on Sesame Street, the man who’s performed the iconic Big Bird and the just as iconic Oscar the Grouch, has announced that this season on the street is his last.

Spinney is the Iron Man, the guy who’s shown up every day, year after year, to walk around inside a wooden frame covered with yellow feathers, his right hand over his head, watching himself on a tiny video monitor strapped to his chest.  And he could roller skate while doing it.

I wish I had a story to tell you about Caroll, but–alas–our paths didn’t cross while I was writing the Jim Henson biography. I reached out to him several times, but he was preparing his documentary I AM BIG BIRD at the same time I was writing, and I’m guessing he was, rightly, putting his storytelling and memories into that project instead.

Fortunately, he’d already written a really lovely memoir called THE WISDOM OF BIG BIRD (AND THE DARK GENIUS OF OSCAR THE GROUCH), where he’d reflected on Jim and how they met and how he was hired. If you haven’t read it, you should. It’s charming.

That’s my way of saying: I regret I never met him in person — but I already feel like I knew him anyway, as a Sesame Street: Generation 1.0 Kid, who got to see Big Bird and Oscar every day.

Thanks for 49 years of joy and happiness, Caroll.

This entry was posted in Uncategorized. Bookmark the permalink.

One response to “Big Bird Takes a Final Bow”